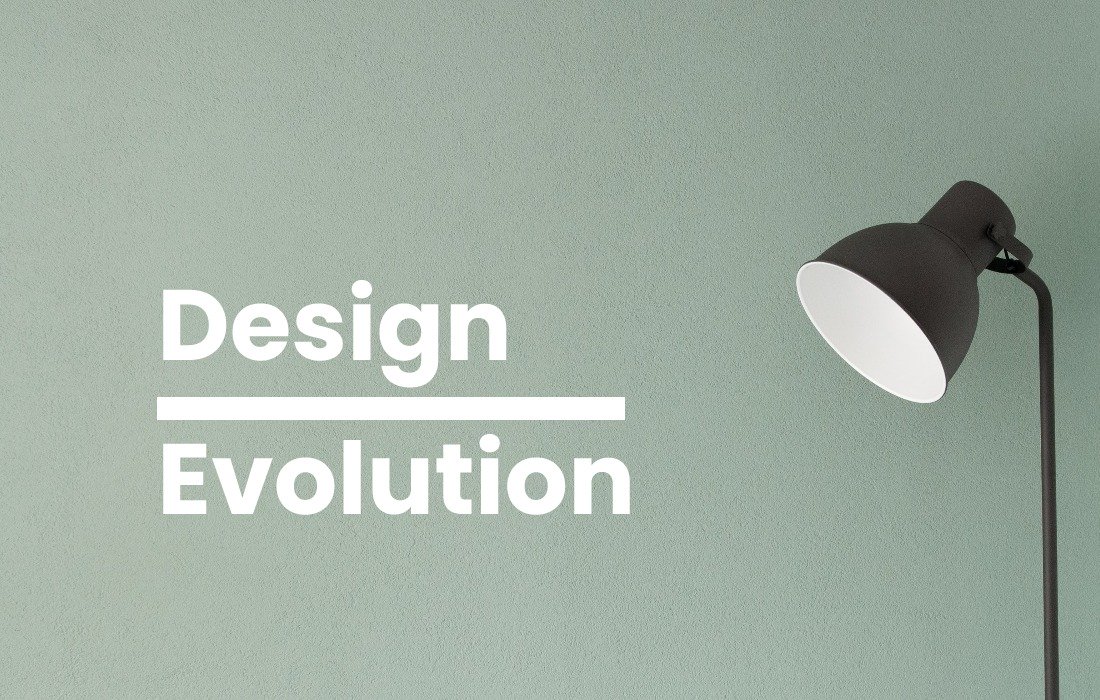 Designing has been with us for a very long time. Pick any of the pages of history, design has always been the major part of it.

Whether it’s the Da Vinci’s designs that put the real picture of how the world actually is and how wrong we were up until that point and design changed our way of looking at things.

Design gave us a different perspective and helped us see things in their entirety.

Once I was discussing with my team members when I started with design, they told me to go through the evolution of design. How difficult it was at that time to convince people and get a job but still there were few people who took this challenge and responsibility to teach people about design.

Before naming those great people’s name lets see how design evolved in:

Although the art at that time was not as sophisticated as it’s today, it fulfilled its purpose of attracting the people and helping them in establishing a common connection.

Then came the 70’s the era of advertisement, the main design that became popular at this time was the use of influencers within the industry to highlight the products. There was a rise in the trend of the free style fonts with simple shapes that can be seen in various of the designs that came out during that time.

The 80’s according to me have been the most important phase for the design evolution. It was the phase when the personal computers came out and the bright colors were becoming popular. Various themes were opted in this time such as disco themes and various neon themes we used by various designers that set a completely different trend for everyone out there. The main aspect of these designs were that they were basically neon colors mixed together to form eye catchy themes to attract as many people as possible.

In the 90’s Adobe launched its first photoshop 1.0 which gave rise to sophistication and the trend of overlay and overlapping of various elements came into play and various patterns became emerging in the 90’s. People were focusing on making printable designs that are good enough to be printed. Various books opted for these designs with two dark colors (mainly black & white) with overlay and sometimes a slight reddish tint to it.

At the wake of the 2000’s we were gradually progressing in technology and designing was flourishing alongside it. The Designing was now not only limited to the personal computers but it can be done over various portable devices such as PDA’s, smartphones etc. The designers were focusing more on how the design will look across all platforms and how to make it more compelling.

In the 2000’s the wave motion became more prominent on various logo designs as well. Take an example of AT&T 2005 logo design. The logo is a beautiful combination of a wave motion and 3D design.

Recent changes in the design industry are so mind blowing which is achieved with the help of some of the powerful tools such as Adobe Illustrator, Photoshop, CorelDraw and much more.

The current design changes involve a lot of minimalistic designs which are simple and yet tell a detailed story of what that company does. Right now the designs are focusing more on simplicity and sticking to the core concept of why the design is being made. The design nowadays involves extensive research and proper documentation.

Flat icons are also loved by a lot of people proving detailing is not everything in design. Not only the logo design, important website designs have become so important as logo design. This is the era where you cannot skip anything.

Websites having responsive designs are preferred by most of the people out there. The designers are making some awesome website designs that include a lot of white spaces which helps in highlighting the content of the website. Not only white spaces but big fonts are also a great designing aspect.

The bold fonts cover a major aspect of current design trends. The current evolution of design focuses mostly on providing user experience across various platforms. Ux has taken the major part of the designing process and suddenly the user’s point of view has become a key player in satisfying the requirements of the user. Designers have started to put themselves into the users shoes and then carrying the whole process further.

Every era had a golden period which taught many generations the fundamental principles of design, how to be creative and be functional at the same time. As i was mentioning there were people who took the responsibility and showed us there is always space for good designs.

Marty Neumeier,  Paul Rand, Paula Scher, Milton Glaser are one of them who gave everything and started things out of the box. Taught many people about design, branding and how empathy can be a huge game changer.

We are all designers here and trying to make the world a better place by our compelling and unique designs. The design journey has brought a lot of amazing things into this particular field. Designing has always been a way for designers to escape reality and provide something new to the world.

Which era of design do you think brought such a sudden change in the designing industry and which design trends you think are alive even today. Do let us know in the comment section below.

In case you are facing any problem, do let me know in the comment section below, i’ll try to answer each of your queries. You can also join Mount Woods Studio Design Academy which is a community that we are building for all the designers and creative folks where they can learn things which are required to run a business, how to do marketing and much more.

Please do support us in our mission to build a design community where we all can stay connected, share our knowledge and get insights of the industry. We have started our own Mount Woods Studio Podcast where we share our thoughts, teach about design and talk to our design fellows and marketers who are making a dent in the industry. If you think YOUR VOICE MATTERS and should be heard to the masses, your experience can help other design fellows, then contact us, we’ll be more than happy to feature you.

Design, Evolution Of Design
Next
Growing Importance Of Design