Automatic Bidding Strategy: How It Can Affect Your PPC Campaigns? 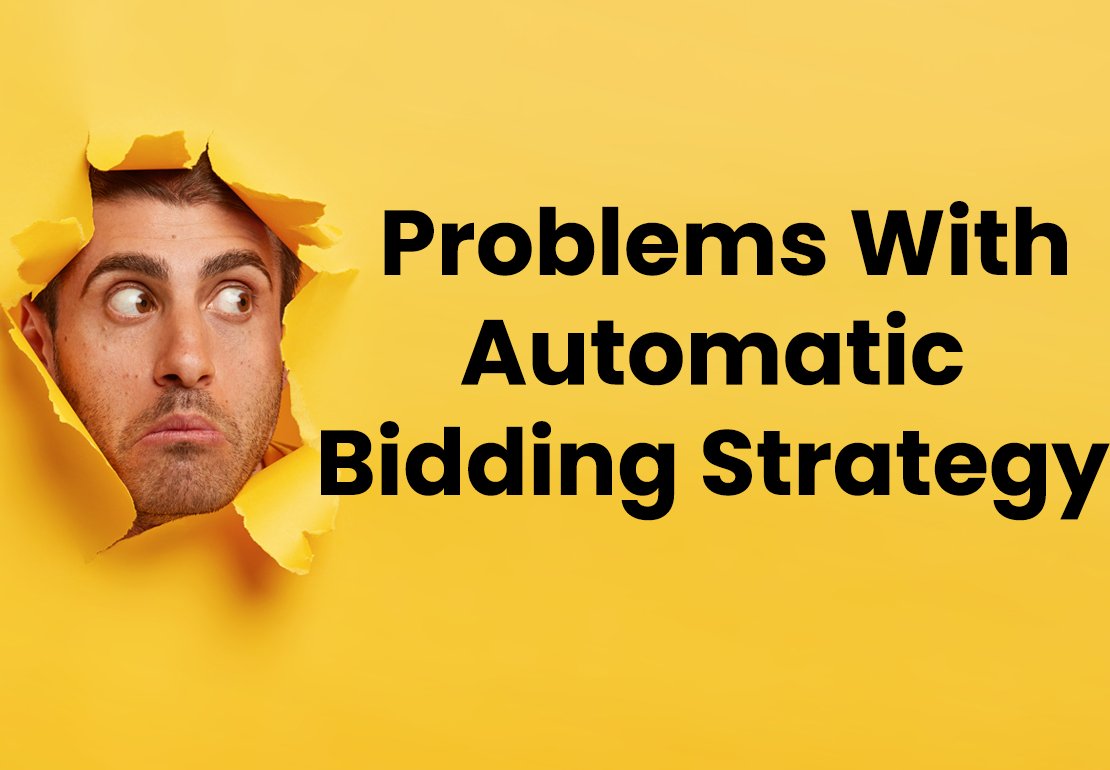 Current age is the age of automation and whatever we do we want it to work and grow on its own.

That is why Artificial Intelligence(AI) is booming and growing at such a fast rate.

See it’s human nature to look for ease and find ways to do things the easy way. But stop for a second and is it entirely in our favour.

Yes I know it’s not bad but in this article I’ll tell you some Down sides of an Automated Bidding Strategy of Google Adwords PPC Campaign and why you should avoid it at the beginning.

I know you’ll all be asking yourself this question:

How Can An Automatic Bidding Strategy Ruin PPC Campaigns?

Well in the next few minutes you’ll change your mind on this.

The reason why I’m saying this is because I made the same mistake like most of the people out there did. Now, let’s start discussing the reasons for you not to opt for the automated Google Ads Bidding Strategies for your ppc campaign shall we.

First of all it’s basic human nature that we want full control over the things in life and that’s what automated things are stealing from us.

When I started designing PPC text ads for Mount Woods Studio I looked at automated bidding strategy and opted for it straight away. Basic human nature right but it was a mistake I realized later on. Instead of automation, things were getting out of my hands. I was confused and was frantically looking for a solution.

I was using negative keywords to nullify the unnecessary search terms but I couldn’t stop the amount of revenue I was spending on it.

You wouldn’t believe me that I was spending a campaign’s worth of money in two or three days using an automated bidding strategy.

The algorithm used in the automatic google ads bidding strategy is that it helps you beat the competition for a particular cost at any cost.

It’s that simple but what we don’t get is that the keywords that it’s targeting may sometimes be out of our reach and will create problems sometimes. Like it did in my case.

At the start it looked like I was gonna drive in a lot of traffic using an automatic bidding strategy but that was just for a few days as the algorithm kicked in and all of our Responsive Ads got blown into bits and I was served useless search queries and unnecessary phone calls.

We even received calls for jobs from security guards, people were calling us to get the customer care number of other companies and the list goes on and on.

Now let me tell you about the campaign that I designed using an automatic bidding strategy.

Under the lead search – 1. I used the automated bidding strategy. At first glance it was beginning to feel like that the number of clicks will be more than that of the cost but as the PPC campaign progressed the number of clicks became less and the amount of revenue that I was spending became high. This was the sole reason why I stopped using high revenue on the PPC campaigns at that time.

Now remember an automated bidding strategy is not bad but it’s not for the starting. The PPC text ads campaign that are micro ads use this kind bidding strategy so that they can run multiple ads for testing and improvement processes. At starting we need to make a campaign as manual as possible so that you can learn every aspect of PPC Text Ads.

A PPC campaign with the automatic bidding strategy will also open a door of opportunities. But I recommend you do not use it in any of your campaigns because you want to drive traffic and make your designs known to the world.

Now let’s get to today’s task.

Do one thing: Create a PPC campaign with an automated bidding strategy and be careful just use a small amount of budget on it just for testing so that you can see yourself how automatic bidding strategy works.

Always remember what I’m telling here is waste if you don’t try it yourself because practical knowledge is the best knowledge.

Also, don’t forget to share your results with us all. You can either upload your results in the comment section down below or you can just tag us in the social media platforms using #mountwoods or #mountwoodstudio.

If you haven’t followed us then what are you waiting for go ahead follow us on the social media channels to see what Mount Woods Studio is doing next.

Help us build Mount Woods Studio Design Academy so that we can share our knowledge with the people who need it and enlighten them with the power of knowledge and unity. You know it very well that without us coming together we won’t be able to build such a huge community. So don’t forget to shower us with your support.

Also, don’t forget to tune in to Mount Woods Studio Podcast that are being uploaded regularly on various audio channels. Follow us there and never miss another update. If you want to feature in one such session then write to us and we’ll arrange a one on one session with our Founder & CEO Mr. Ankit Dhadwal. Hope to see your positive feedback and emails soon.

Automatic Bidding Strategy, Lead Generation, PPC
Next
What Is Conversion Tracking and How To Implement It?